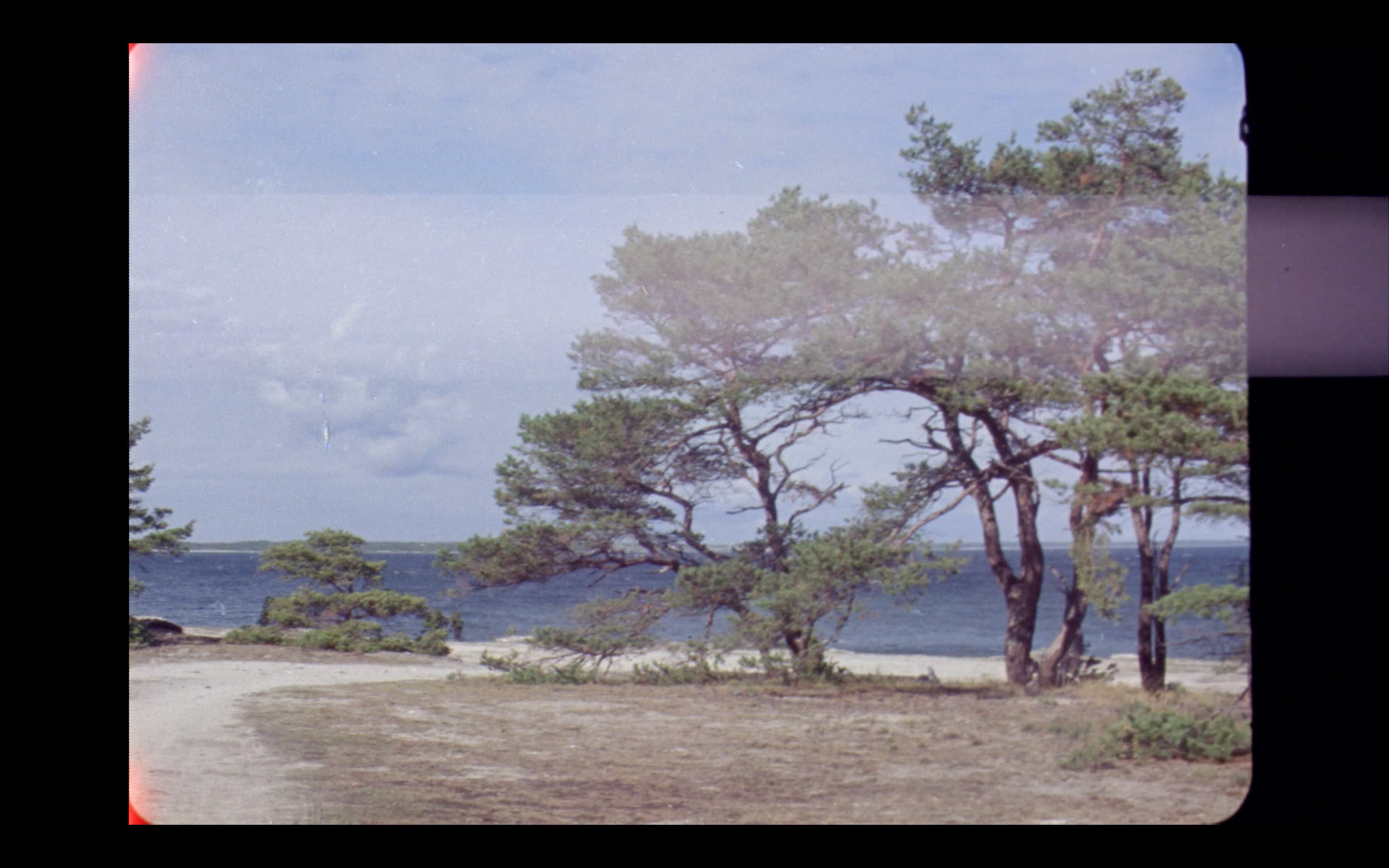 click to cycle through a selection of stills from the film

After Thought is a film poem, shot on a clockwork Bolex 16mm camera on Fårö, in Gothenburg, and in Grimeton, between 2018 and 2019. The soundtrack was recorded on Fårö and in Gothenburg.

The structure of the film is associational and instinctual. Colour, light, movement, and natural elements are the film’s main focus points. Motifs recur and moods are created or undercut through the relation of image and sound.

The soundtrack includes music performed on Käbi Laretei’s grand piano, as well as a multitracked conclusion on harmonium, based on a theme by Olivier Messaien; but these facts are unimportant to the film itself.

The film also tries to suggest a new materiality for a film negative that has been edited and processed digitally: the end result is something that could not have been made in either a purely analogue or digital domain. I don’t use 16mm film because of a fetishistic attachment to analogue technologies, but because of a fascination with the serendipitous nature of the medium. Manipulating analogue materially digitally transforms both realms equally and imposes a different discipline on every stage of the filmmaking process.

The camera was operated, and music performed, by Daniel Jewesbury and Jenny Luukkonen. The film was partly made during a residency at the Bergman Estate on Fårö in 2018 (during which I edited my film ‘Necropolis’).