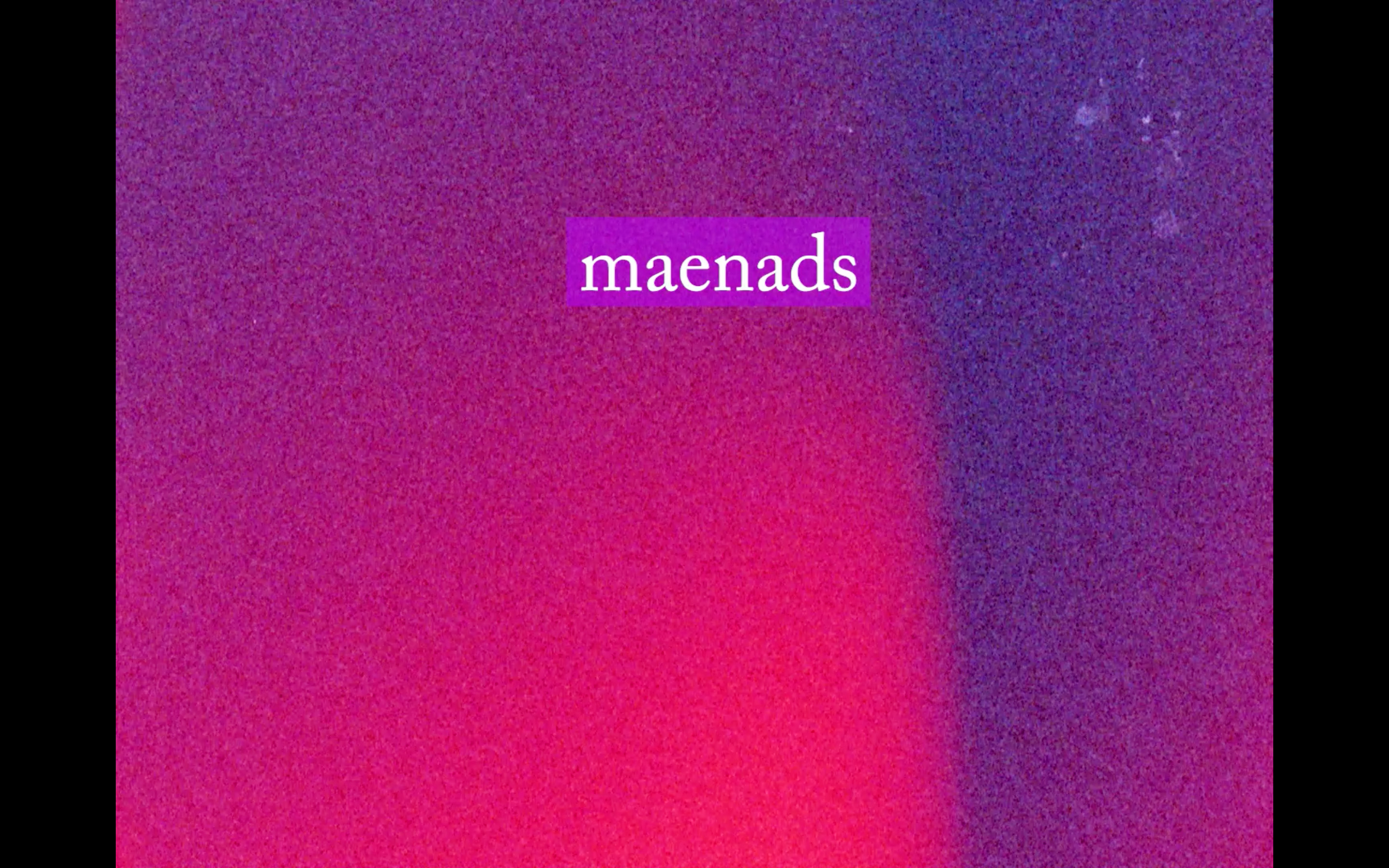 click to cycle through a selection of stills from the film

Maenads is an experimental film comprising a single roll of out-of-date 16mm negative film, a poem, and an ambient sountrack. The footage and soundtrack were both recorded in Jonsered, outside Gothenburg.

The poem appears on screen, one line at a time. The lines of each stanza are set against a translucent background of a different colour.

The roll of film is unedited, and only processed in an attempt to try and salvage some of its colour range; but even so, strong colour casts and large grain cohabit with the photographic image. There is also a clear mismatch between the conditions evoked by the poem — a hot, hazy summer’s day — and the bare, dark, winter landscape of the film footage. The viewer is left to interpret this as they wish.

The poem (included below) encourages the film’s viewers to go away and look up the word ‘sparagmos’ in a dictionary, before perhaps watching the film, and reading the poem, for a second time.

Not mad.
Challenging, yes. But
Perhaps a little too much
Has been made of their frenzy.

To fragment.
To worry at what you think
Are the edges
The limits
Of your body, your mind.
Take what pleasure there is
To be had in coming
Apart.
The heat outside, meeting that within.

Written into the margins
Histrionic, hysterical, bit part actors
The sparagmos for them was a way
Of coming home again, when
You have none to go back to.